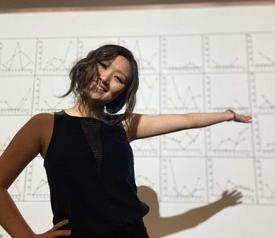 Fernanda Oda is currently a second-year doctoral student. She received her Master’s degree in Behavior Analysis from the University of Houston-Clear Lake (UHCL) in 2019 and received her Bachelor’s degree in Psychology from the Federal University of Paraná (UFPR/Brazil) in 2012. Her interests include verbal behavior, social justice, human operant models, methodology, integration of conceptual, applied, and experimental research, and international dissemination of science. Fernanda currently serves as an Associate Editor of the Brazilian Journal of Behavioral and Cognitive Therapy (RBTCC). Upon receiving her PhD, Fernanda hopes to secure a faculty position in the US to conduct research and teach, and to disseminate behavior-analytic technology and resources to Brazil. In her free time, Fernanda enjoys reading novels and textbooks, playing boardgames and videogames, eating, and taking naps with kittens. 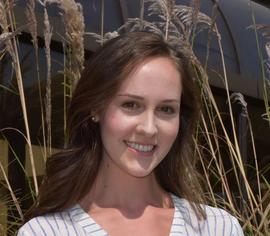 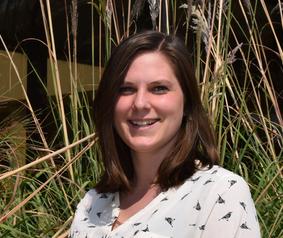 Brett Gelino is a second year doctoral student. He received his Bachelor’s degree in Psychology from Eastern Connecticut State University in May 2016. Brett’s primary research interests focus on environmental conservation and problems related to global climate change. He hopes to promote more sustainable patterns of behavior in the general population by targeting domains such as: transportation systems, resource consumption, and waste management. Other areas of interest include alcohol/drug use, health and nutrition, and general impulsive choice/risky decision-making. Upon receiving his degree, Brett hopes to secure a position at a research-focused institution or university. In his free time, Brett enjoys cooking, traveling, and being outdoors.

Gideon Naudé is a third year doctoral student. He received his Bachelor of Arts in Psychology and Applied Behavioral Science from the University of Kansas. His Master’s thesis will be investigating the role of screen media on self-control behavior in young children. He currently serves as student representative for Cans for the Community, a local organization that contributes proceeds from recycled aluminum to non-profits in and around Douglas County. Gideon’s other research interests include behavioral economic predictors of problem behaviors, effects of temporal framing on episodic future thinking, and bibliometric analysis. Upon graduating with his PhD, Gideon hopes to take a position at a research institution, devoting his time to translational inquiry on systems contributing to unhealthy decision making. In his free time, Gideon enjoys playing music, swimming, and adventuring with his young son. 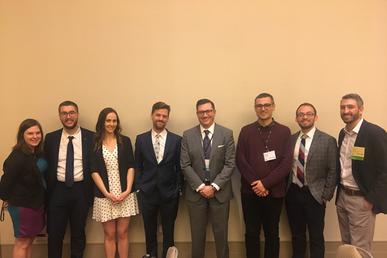 Rachel Foster is a first year doctoral student. She received her Bachelor’s degree in Psychology from Gonzaga University in May 2017. Rachel’s research interests are multifaceted but are primarily focused on using behavioral economics to solve issues of societal importance. Particularly, her work is focused in the realms of behavioral medicine, community health and nutrition, and social justice/human rights. Upon receiving her PhD, Rachel hopes to have a faculty position at a research-focused institution, or work for a private company as a research scientist. In Rachel’s free time, she enjoys practicing yoga, oil painting, and hiking.

Joshua Harsin is a first year doctoral student. He received his Bachelor’s degree in Applied Behavioral Science from the University of Kansas. As a researcher, his interests lie in social justice issues, including racism and xenophobia, particularly as they relate to vulnerable or marginalized populations. He hopes to study these issues through a combination of behavioral economics, Relational Frame Theory, and implicit bias measures. Other areas of interest include Global Climate Change, Public Health and alcohol/drug use as they relate to risky decision-making. Upon receiving his PhD, Josh hopes to work with an NGO or human rights organization in a research and/or applied capacity. In his free time, Josh enjoys reading, traveling, photography and watching Seinfeld to excess. 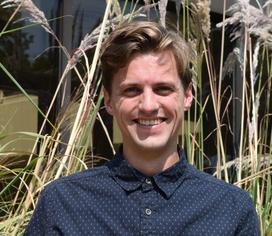 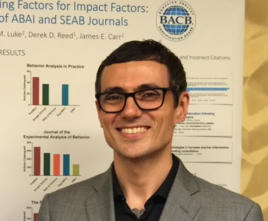 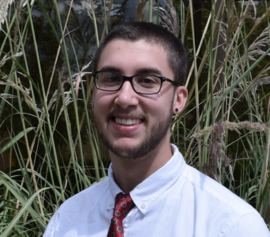 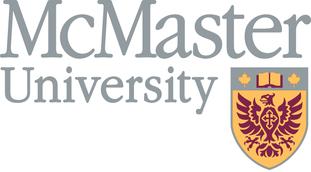 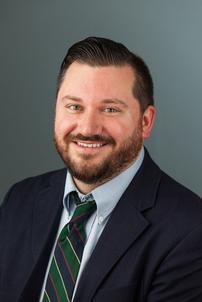 Ally is a first year doctoral student. She received her Bachelor’s degree in Psychology with an emphasis in Behavior Analysis from the University of Wisconsin – Eau Claire. As a researcher, Ally’s research interests include behavioral economic predictors of substance use and abuse. She is also interested in studying how measures of delay discounting and demand can be used for treatment interventions in special populations. She is very much interested in animal behavior and is working toward the development of an applied animal behavior specialty area at the University of Kansas. Upon receiving her degree, Ally hopes to secure a position at a primarily undergraduate institution to promote Behavior Analysis as a broad field of study and embrace her passion for teaching. In her free time, Ally enjoys working with her dog, Sofie, any activities that explore the great outdoors, and reading mysteries on rainy days.

Dr. Derek Reed is Professor of Applied Behavioral Science at the University of Kansas where he directs the Applied Behavioral Economics Laboratory and serves as an affiliate Scientist for the Cofrin Logan Center for Addiction Research and Treatment. He is a Board Certified Behavior Analyst at the Doctoral Level, and a Licensed Behavior Analyst in the State of Kansas. Derek received his Bachelor’s degree in Psychology from Illinois State University and his Masters and PhD in School Psychology from Syracuse University. He has served as Associate Editor for Behavior Analysis in Practice, Journal of the Experimental Analysis of Behavior, The Psychological Record, Journal of Applied Behavior Analysis, and guest Associate Editor for The Behavior Analyst, and Journal of Behavioral Education. Derek has published over 100 peer reviewed papers and book chapters, coauthored three edited books, was the 2016 recipient of the American Psychological Association Division 25 B. F. Skinner Foundation New Applied Researcher Award, and 2019 recipient of a Federation of Associations in Behavioral and Brain Sciences Early Career Impact Award (for ABAI) . He is presently working on a new textbook titled “Introduction to Behavior Analysis” with his coauthors Greg Madden and Florence DiGennaro Reed. Derek is currently an Executive Board Member for Society for the Quantitative Analyses of Behavior (SQAB), and previously served as the Executive Director of SQAB and the Coordinator of the ABAI Science Board. His research addresses issues of societal concern through behavioral science and economic theory.